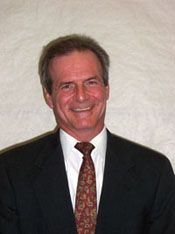 Bob was introduced to Park Lawn through his long time friend James Mommsen. ‘Jim and Bob’ were coworkers at an audit firm that had Park Lawn as a client during the 1970’s. Through this business affiliation Jim became an active volunteer and advocate right up to the present and reintroduced Bob to Park Lawn seven years ago when he invited him to participate in the annual Big Bikes Big Hearts Motorcycle Rally. Bob continues to participate in this event . For the past six years he also volunteers with Jim and other friends to sell pulltabs at Park Lawn bingo every Friday night. Beyond helping to run this important fundraising activity, Bob genuinely enjoys the friendships he has developed with the patrons and the camaraderie of the volunteer teams working for a good cause.

Bob is a Certified Public Accountant who holds an undergraduate degree from Northern Illinois University and a Masters of Science in Taxation Degree from DePaul University. He formed his own accounting practice in 1986. While he maintains an office in Downers Grove, he has a clientele representing a broad base of industries located in Illinois and Indiana as well as accounts in Europe and Australia. Bob was the Chairman of the Illinois CPA Society’s Gift and Estate Committee for two of the ten years he served on that committee. He has also served as a board member of his church and has provided not for profit consultation throughout his career.

He says that his days off are “too few and far apart”, but on those rare occasions, Bob enjoys boating, motorcycling and attending sporting events, because “my personal sporting days are over…”

Bob looks forward to lending his considerable experience and business talents to the Board of Directors in furthering Park Lawn’s ongoing mission of service.